15 reviews
100% brand new and high quality
Features:
Prevents your dog from biting, barking and chewing things, great to prevent your pampered ones from chewing furniture.
This soft muzzle is made of mesh nylon material and is breathable.
It is adjustable at the snout with velcro and strap with buckle.
Easy to use and clean.
Specification:
Material: Nylon + Cloth
Size: S/M/L/XL/2XL
Size S: app.12-15cm/4.72-5.91''(adjustable)
Size M: app.14-20cm/5.51-7.87'’(adjustable)
Size L: app.18-24cm/7.09-9.45'’(adjustable)
Size XL: app.22-28cm/8.66-11.02'’(adjustable)
Size 2XL: app.28-34cm/11.02-13.39'’(adjustable)
3 colors for choose: : Black, Orange, Yellow,
Quantity: 1 Pc
Note: 1. Please allow 1-3cm error due to manual measurement. pls make sure you do not mind before you bid.
2. Due to the difference between different monitors, the picture may not reflect the actual color of the item. Thank you!
Package includes:
1 x Pet Dog Bark Mask
60-Day Buyer Protection
Money-back guarantee
Share Share on Facebook Tweet Tweet on Twitter Pin it Pin on Pinterest

Thank you. Delivery is fast, quality is good. Thanks to the seller. I just made a mistake with the size. Zvergpincheru "S" is small. I will order the next size. Seller recommend. Quality is good.

I got a month to Tyumen. everything is fine

On Jack Russell size m just right, if the grid is up, the dog will remove and it's wrong)) But if Velcro up, then the dog can not take off, of course, she does not like it and she half the first two-hour walk tried to rub on the ground to remove, but all attempts were futile and eventually reconciled, (well, almost, the attempts to remove were reodic). The muzzle still has a ribbon through which you can miss the collar, though for our collar was too small, but it is solved by pliers) The collar was bought in order to prevent the attempts of our eternally hungry from eating all kinds of shit on the street, which in general perform their function, oh, yes, even on the street now grandmothers and zooshiza are shaken from us, muzzle adds to our dog a frightening look (in the photo it is not visible, but believe me on the word), So I also think not too small +, if you get bored of attention from people with a deficit of attention) 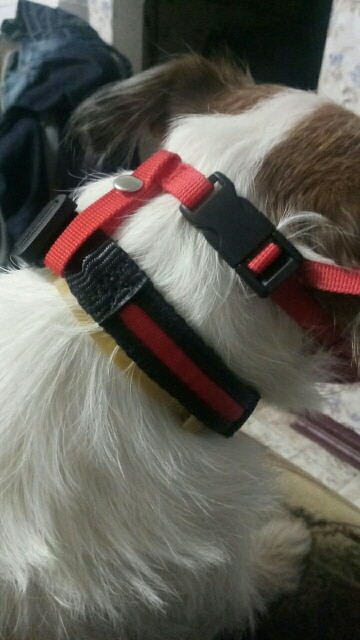 Corresponds to the description and appearance. Recommend seller 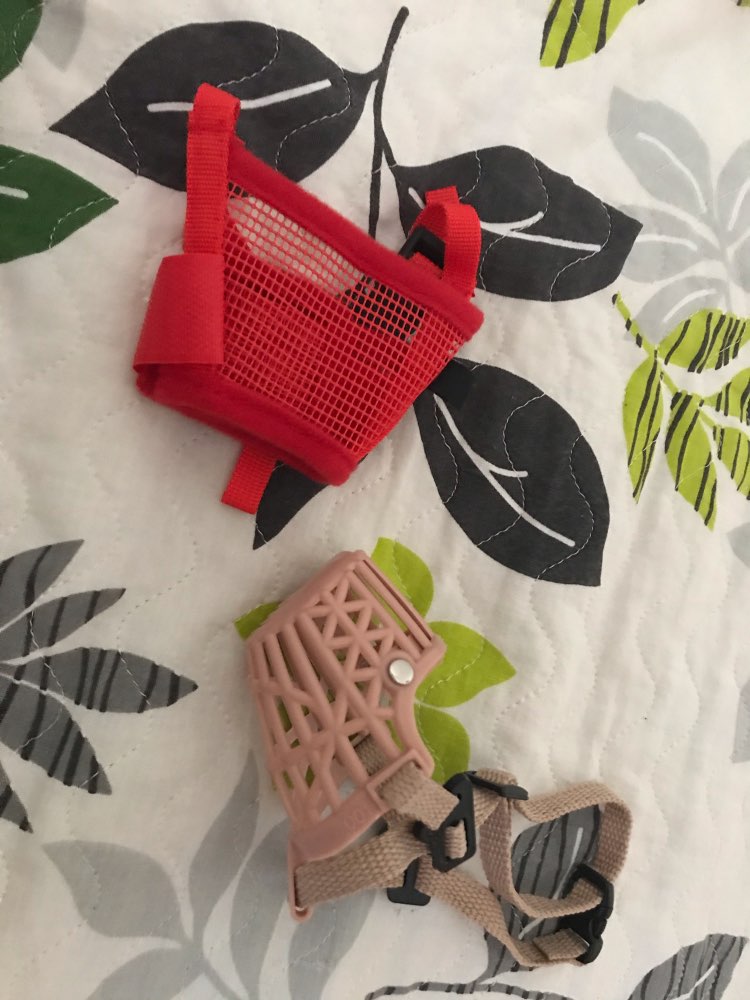